Two competing alliances consisting of three teams each race against the clock to score as many points as possible. Unlike past games, the 15-second period at the beginning of the match has driver vision obscured by a "sandstorm", so teams may code their robots to perform autonomously, direct the robot via cameras mounted on it, or simply drive blind. After the sandstorm period, human drivers take over. They race to place hatch panels onto cargo ships and rockets, as well as load cargo (13" inflatable rubber balls) into the cargo bays. At the end of the match, robots can climb onto the HAB's three levels to gain points. The alliance with the most points wins the match.

The Galileo Robotics team had a very successful 2019 season. With our robot, Steambot Willie, we were able to achieve a rank of 33 in the San Francisco Regional competition and a rank of 7 in the Silicon Valley Regional, making this season by far the team's most successful. This was the first year that the Galileo Robotics team seeded high enough to become alliance captain, and the first year that the team was able to compete in the playoffs. 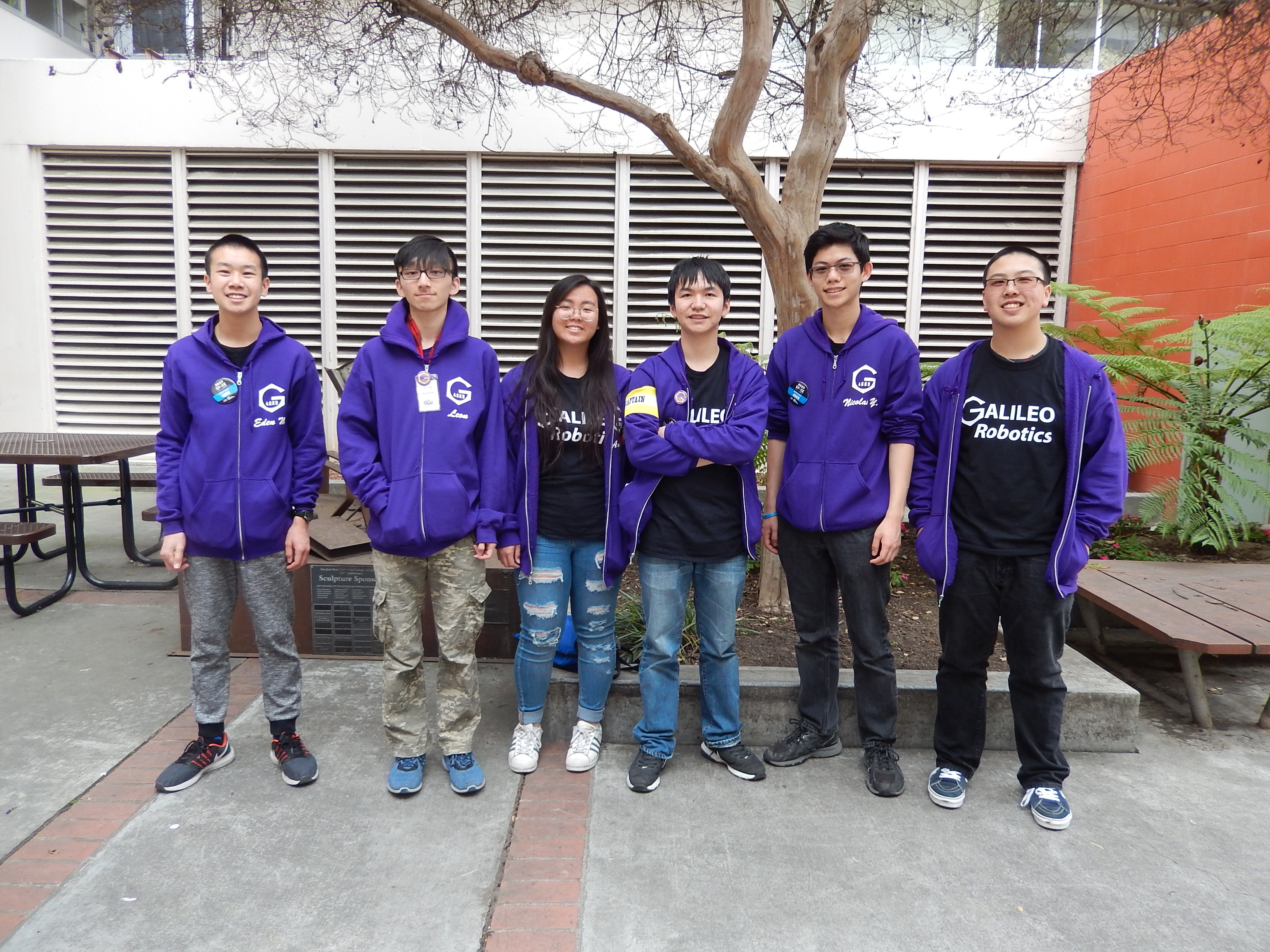 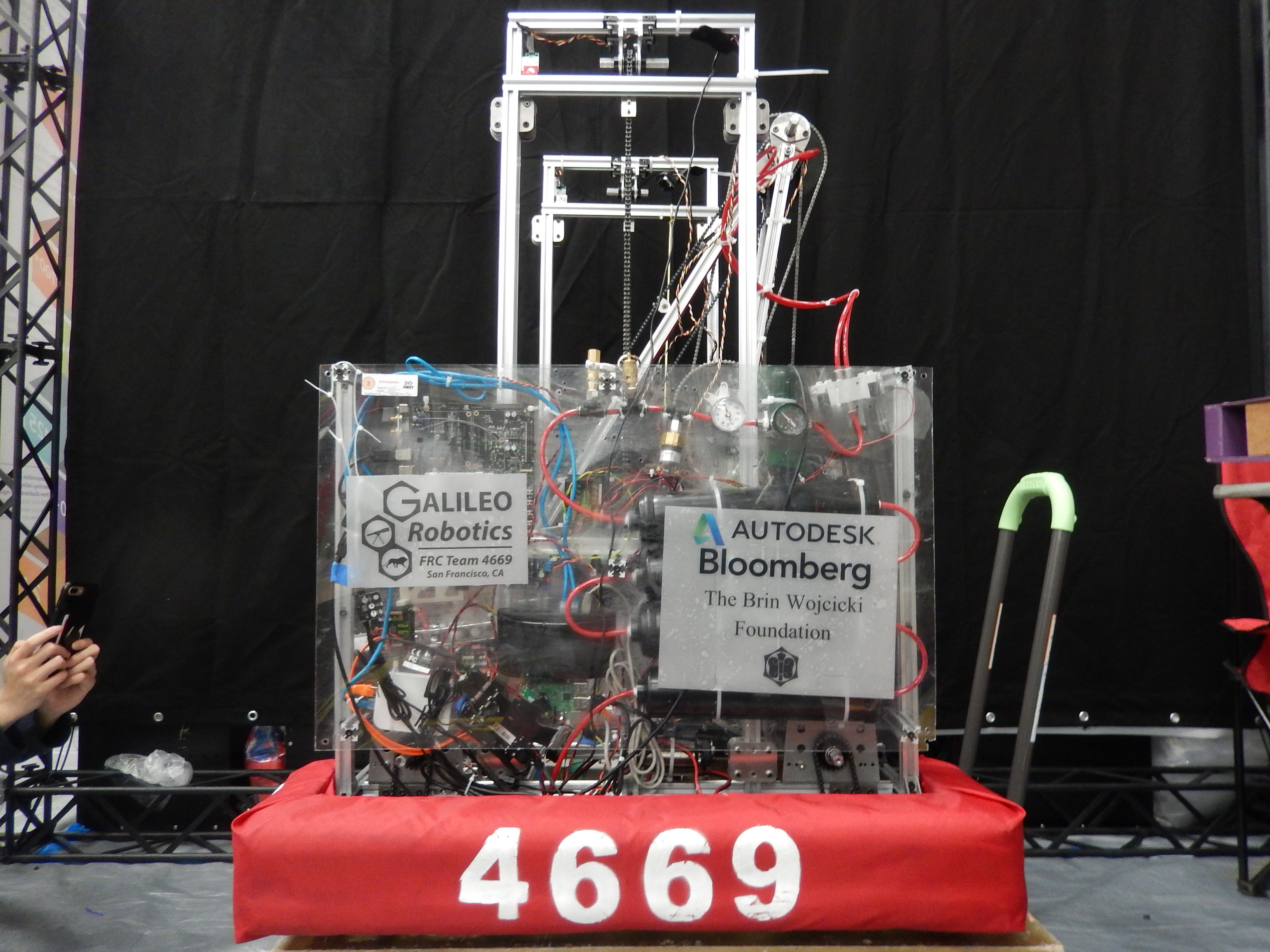 Steambot Willie II after some repairs in the pits